” The Onion” a satyrical magazine just printed an article about no more Catholic Priests being allowed in Hell. Regardless of a stance or side taken, this is the greatest portrayal of Satan I’ve seen in some time. (I just noticed that satyr is the beginning of satyrical. Hummm.) 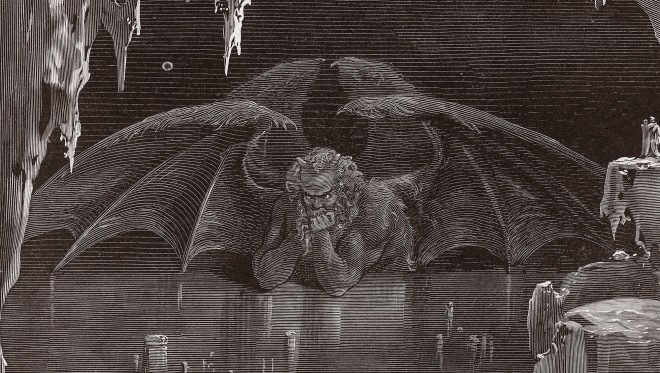 The article reads that the 9th ring of Hell (according to Dante of course) is become so crowded as to make further accommodations impossible. Further, the Father of Evil declared, the Catholics (Priests) rather creep him out. He says they are seriously messed up and unrepentant.

Apparently too much for the Rebel of Heavenly Powers who himself was kicked out of the Palace of Opulence. But for Pride, not incest. Hence his undeniable belief in his superiority over the Princes of Greed and “odorous foul-smelling rot.” They are stinking up Hell.