From the Arizona trip—Grand Canyon—2010 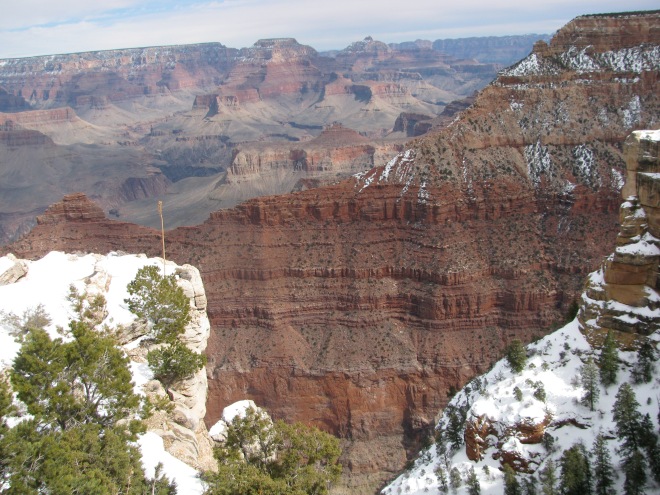 Mathematics would certainly have not come into existence if one had known from the beginning that there was in nature no exactly straight line, no actual circle, no absolute magnitude.~Friedrich Nietzsche

As quoted in The Puzzle Instinct : The Meaning of Puzzles in Human Life‎ (2004) by Marcel Danesi, p. 71 from Human All-Too-Human

Nietzsche, it is said, went further into his own mind than anyone else had ever done or is likely to in future. It drove him crazy of course. And then I wonder, how would anyone know? No one could know, unless it is to be determined by what the thinker has written. A Buddhist monk has said that there are at least 30-some levels within the mind. At least that many that he had reached. And he had warned against attempting such a voyage, saying that madness lay in wait. The Grand Canyon of the mind, yes?