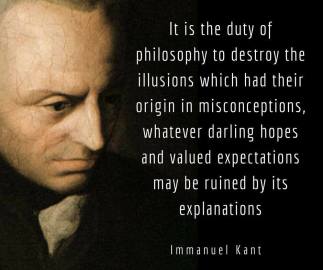 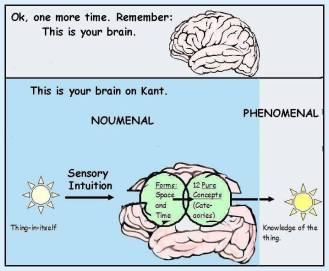 It seems to me that Kant is regularly and unnecessarily picked on. Why? Why is it such sport to make fun of the man? Oh, and a story that I just love:

Kant kept setting himself on fire. As a result, his housekeeper would have to rush in and save him from a hot and painful death. Why? How? We ask. Kant lived in the time of candles to read by, having no electricity. In the evenings after dining, he would settle into his chair for the evening read. Often he would prepare himself for bed prior to settling in, including a night cap designed to keep out the cold.

He would often nod off, the tail of his night cap dangling dangerously close to a burning candle. Eventually the tassel on the end would catch fire, quickly spreading to the rest of his evening attire and him. His housekeeper, on the lookout for the not infrequent occurrence, would rush into the room and put out the fire—and Emanuel.

Apparently his philosophical ruminations did not include lessons learned and the remannering of self. Oh well, we all have blind spots.