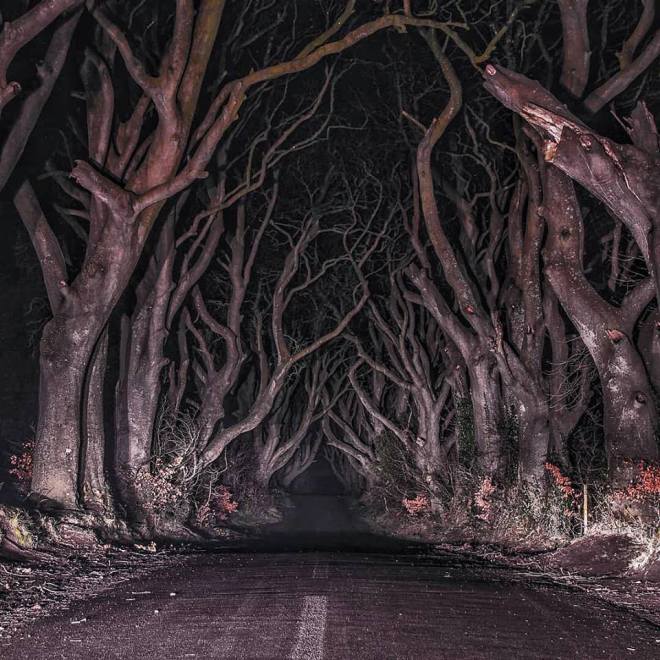 These trees were meant to create an inviting, impressive path to a wealthy estate, but grew together to form a tunnel that’s more creepy than it is welcoming.

The “Dark Hedges” were planted in the 18th century by the Stuart family on their estate in Northern Ireland. As the trees matured they began to bend over the road, and their upper branches eventually intermingled into a shadowy arboreal tunnel. The bent trunks and gnarled branches give the road an aura of the supernatural, which has landed the Irish thoroughfare a number of background roles in both movies and television shows such as Game of Thrones.

The Dark Hedges have even developed their own ghost story.

Harking back to The Catholic Girls’s Reader, I’d say the moral of the story is You Can’t Predict The Tree By The Branch.