Today’s message is brought to you by the love of lore, the magic of myth, and the soul of science. Here we are with every child’s dream, the truth of nature in the form of a lizard. 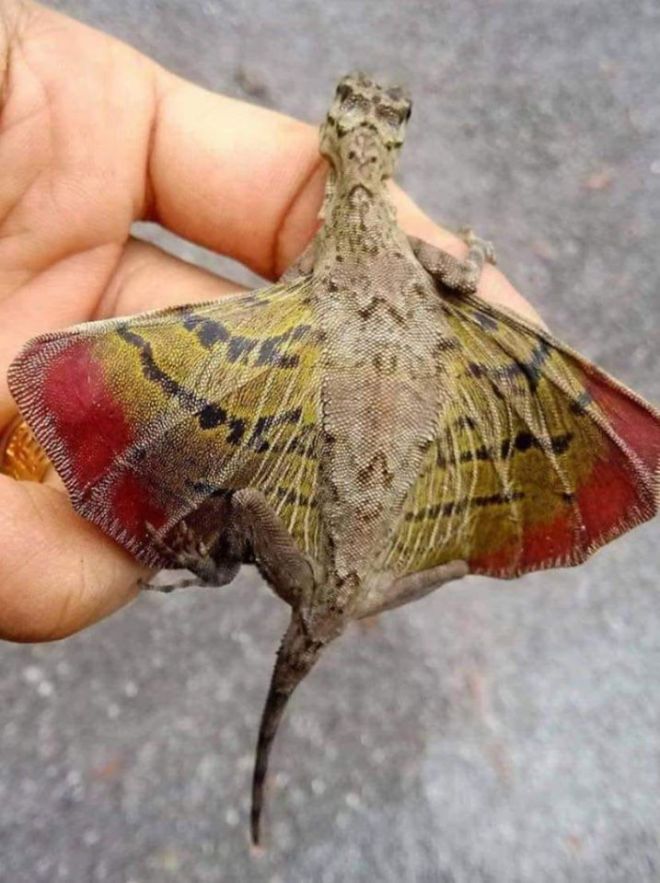 Technically they aren’t dragons, but they are flying lizards, which is pretty close. The tiny lizards are known as Draco Volans, and over the course of thousands of years, they developed an amazing way to evade predators – flight.

According to Wikipedia, Draco Volans, the common flying dragon, is a species of lizard endemic to Southeast Asia. Like other members of genus Draco, this species has the ability to glide using wing-like lateral extensions of skin called patagia.

Their wings are different than your average bird’s wings, as they are actually a set of elongated ribs, which they can extend and retract on command.