Meaning, the review is a total spoiler. You’ll not want to read this if you want to be spoiler-free, or otherwise uninformed. 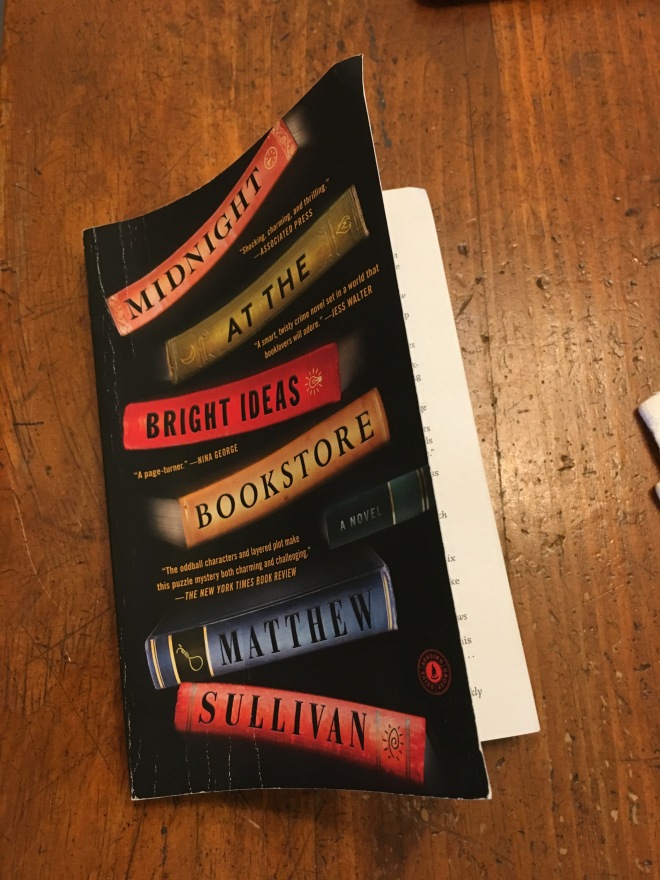 So I read this. It’s OK, as stories go. However. The however relates to the prose, which is not much to write about so I won’t. It also relates to some plot flaws. At first I was willing to write about the plot thinking it was a go-along-with-it and I did, finishing the novel in the wee hours. But there are three serious flaws to my mind. The first is the bloody footprints throughout the house wherein the murder takes place. The hammerman has left a bloody mess behind, including his bloody tracks. The father of our protagonist and also a protagonist of sorts also trapeses through the house. His footprints would have been comingled of course, but there also should be some distinguishable ones. Worth a search at least, given that it’s his story. Yet none is undertaken.

A second flaw is that a birth certificate, given a birth by a married woman, should show the husband of the wife as the father of the child, should it not? I don’t believe you get to name anyone you choose. I think once marriage is the status, the default goes to the husband. Yes?

The third flaw is the rifle. How did the wife, Mrs. Patel, become an able shooter? Suddenly she has killed someone with a .22 bolt-action rifle. I’m not sure about this. And with all of the shots used to kill her husband, all of them on target. Isn’t a bolt action a single shot? Even if not, nothing in the novel takes us along. It’s an afternote. He’s murdered and it’s done by his wife. There you have it—a wrap. Ahhhhhmmmm, I don’t think so. It’s like the author-writer got tired and said, so there you have it.

And there we have it. A disappointment on the whole of it. Plus, it’s interesting that the puzzle our suicide leaves behind isn’t the answer to the mystery at all. That’s in the accidental find of the state-hall-of-records-address abbreviation found in the burned remains (burning done by Joey) in a wastebasket.

Oh, and the hammerman identity is easily deciphered partway through the story. It just takes a bit longer to determine why.