Reading the New Yorker, you will find an article written by Elizabeth Barber on October 28, 2018. The article is about Lucetta Scaraffia, the lovely lady we see below and her campaign to have women play a larger role in the Catholic Church. She believes this can happen, and that it can be accomplished from within the Church. There are, in fact, many roles that could be filled by women, not the least of which is that of a Cardinal.

Cardinals, in any case, need not be called by God—only man. “Cardinals are an invention of the Church, to govern itself,” Massimo Faggioli, a professor of theology at Villanova said. So it is that Catholic theology does not mandate that cardinals be ordained.  Theologically speaking, laypeople, including laywomen, can be cardinals. This is how we got the Medici boys as Cardinals and how they (then with voting power) got to elect a Medici papa as Pope. (Think Borgia. Think The Godfather.) It wasn’t until 1917 that the Holy See changed canon law, restricting the cardinalate to the ordained. 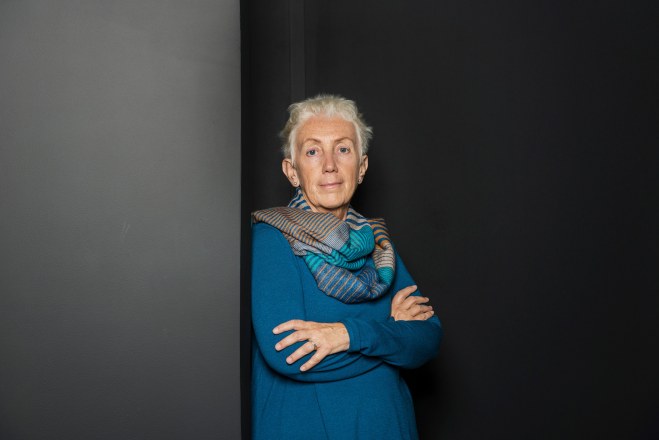 Lucetta Scaraffia Is Trying to Fight Catholic Patriarchy from the Inside

Scaraffia and others are pointing out the differences between actual Church doctrine and Cannon Law. And there are many arguments that ensue around the purpose, intent, and traditions of the Church, not just about what can be done—but what can change—what should change. Yes, this in a Church that is run by men, and men alone in places of authority where women (nuns) are kept in subservient roles and are used to cook and clean for the men. The women serve and the men dictate everything from behavior to law.

I am impressed by the number of women, the newsletters, and the activism. The movement is strong and viable. The goals and hope and logic seem impermeable.

But the changes they covet will not happen.

The Church is run by men.

I have come to believe that women can only truly infiltrate the world of men in politics, in religion, in corporations, when women do not ask of men, but form themselves, and give themselves permission. Why aren’t women dictating? Why aren’t women forming their own enclaves? (Enclave, by the way, is a feminine noun.) Why don’t we say if and when men can join us?

Women have to acquiesce in order to be subjugated. It is women who allow men to rule. There are too many women who are afraid of power, because with it comes great responsibility.

So. In the meantime, the Church will be infiltrated by women who will influence, and maybe change, the Church from within. I just won’t see it in my lifetime.