“Through these deliberately unconnected impressions I am the indifferent narrator of my autobiography without events, of my history without a life. These are my Confessions and if I say nothing in them it’s because I have nothing to say.”

And then,
“In order to understand,
I destroyed myself.”

He came to us and he left us as he intended, in the disquiet of something that both was and was not. A history without a life. He would not have caught our attention and yet today he is admired and celebrated for his words. Words that take us beyond ourselves and into the Mystery. Fernando Pessoa, A Little Larger Than the Entire Universe.

Like Loading...
Ravenous Butterflies
“Women have another option. They can aspire to be wise, not merely nice; to be competent, not merely helpful; to be strong, not merely graceful; to be ambitious for themselves, not merely for themselves in relation to men and children. They can let themselves age naturally and without embarrassment, actively protesting and disobeying the conventions that stem from this society’s double standard about aging. Instead of being girls, girls as long as possible, who then age humiliatingly into middle-aged women, they can become women much earlier – and remain active adults, enjoying the long, erotic career of which women are capable, far longer. Women should allow their faces to show the lives they have lived. Women should tell the truth.” Susan Sontag – The Double Standard of Aging (1972)

It seems to me that the double standard of aging is yet worse today than days gone by, with women being the biggest perpetrators of deception themselves. Well, women and marketing. Marketing and products. It’s not easy to find original and simple of anything anymore, much less “beauty” products. Buying face lotion is a lesson in patience getting past the rejuvenating and replenishing and restoring with vitamins and retinol A thru z. Removing wrinkles and spots and age itself is easily bought over the counter—surgery in a bottle. And then the surgery itself—beyond Botox in a needle—is available to everyone, not just models and movie stars. Oi! So it appears as if women have to have the courage to just be themselves, not as a member of a group. The group itself (of aging women) is splintered the same as so much in our world today. Put this in the corner of “Self Matters.”

Some thoughts, because it will not leave me alone. I watched Stalker, a movie directed by Tarkovsky. It’s a 1979 film. Those are the facts. From there it turns into something else, a something else that is beyond difficult to capture and explain.

I understand why many people dislike the film, hate it. Make a disgusting noise and an ugly face if the subject of the film comes up in conversation with them. Or if they write reviews. That is by far the easiest way to deal with it. Because it is ugly. It is awful. And there is something around the edges, something that rings a distant bell. Something that intends to pull you in and suck you into the quicksand of yourself. 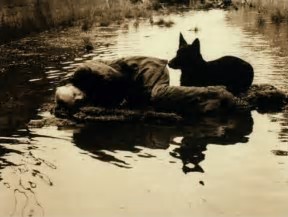 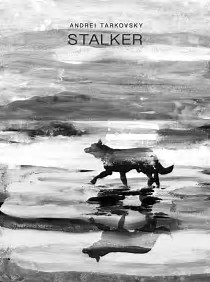 And then there are those of us who are taken by the film. Captured and made frightened by it, by the Truth of it. At the end of the film, almost the end, the Climax of the film, the men who have struggled through to the Doorway, there is a choice. If they walk through the Doorway to the final reward, they will have their most secret desire, their wish fulfilled. But therein lies the rub. It is their Secret Desire, their innermost desire granted. They do not get to choose the wish, to say what they want. No. They are granted that which lies hidden within the depths of self. The desire that they themselves have never looked at. What is it? What lies deep inside, buried by time and choices of the self that lives in the world? What would be the apotheosis? Who could possibly dare to walk through the Doorway and see themselves for what they truly want? Isn’t that then, who we really are?

No one walks through the door.

I don’t walk through it either. As the film evolves and unravels the Zone, it is laid out so that that we are taken along with it. It is slow and moving. It is revealing as it takes us, puzzled as the men are, and looking for signs that will tell us we are not lost. But we are. More and more we depend upon the Stalker. And more and more we have no compass.

It is not clear whether or not we are within someone’s mind, or even our own, or if this is a world somewhere. But one thing is clear, if you go along you will discover that the Zone does exist. And the question becomes, do you really want to know your secret desire? What is it? Name it. Can you name it?

The time will come
when, with elation,
you will greet yourself arriving
at your own door, in your own mirror,
and each will smile at the other’s welcome,

all your life, whom you ignored
for another, who knows you by heart.

Take down the love letters from the bookshelf,

the photographs, the desperate notes,
peel your own image from the mirror.
Sit. Feast on your life.