Yesterday, July 11, was the feast day of St. Benedict. St. Bennie ranks high in Roman Catholic veneration.  He is known as the Father of Western Monasticism due to his great influence on the shape and character of monastic life in the West. He found the lackadaisical approach to discipline of most monasteries irreverent and unacceptable. He was happy to provide structure and rules, and open new monasteries for his followers. 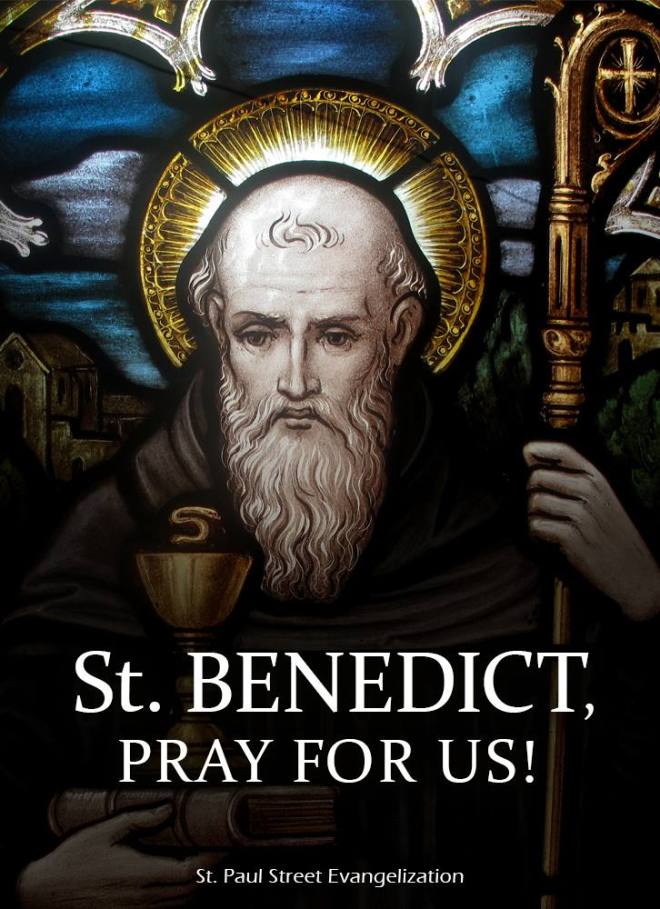 The Eastern Orthodox Church also venerates the saint who is the patron saint of students.