I had threatened to purchase this and of course did. I like the outlier things—to wear, to read, to view. As if this is any surprise by now. And I am enjoying the book tremendously. It’s one of those which leads the reader down all sorts of rabbit holes. Terence McKenna is a favorite for Lin to follow, describe, and quote from. I feel I should have known about or read some of McKenna’s stuff. Some of the stories about him seem so familiar. And I’ve read some Kathleen Harrison, whom he wed in 1976. They all did psilocybin, DMT, magic mushrooms. When tripping the emphasis is on the encounters with strange creatures who live in the higher planes.

The creatures: tykes, fairies, self-articulating sentences, translinguistic elves, friendly fractal entities, elf legions of hyperspace, meme traders, art collectors, and syntactical homunculi. I have italicized the particular descriptors which I favor. Lin describes his higher beings as faceless, bodiless, genderless abstractions. The trippers all emphasize that these beings are so very much brighter than humans, are much more advanced, and are fully aware of us though we, in everyday reality, are unaware of them.

I’ll continue reading as I’m not through the book yet, and the marginalia continues to grow. (Slowing the process.) This book is not for everybody, thought the title should clarify for any prospective reader. For me, this is a book I’ll read again.

The next beauty on the dock is 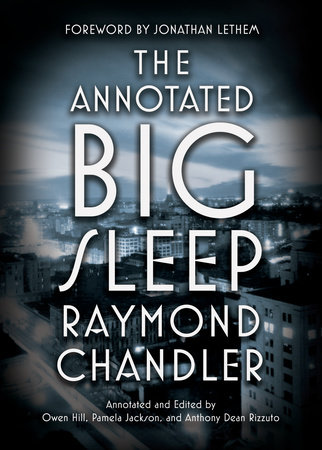 The first edition of The Big Sleep was released in 1939 and soon became acknowledged as a masterpiece of noir. The Big Sleep helped to define a genre. Today it is celebrated and remains one of the most revered stylish novels of the twentieth century. The class A writing and characters have made this novel a champion of the genre novel as literary fiction. While some continue to battle the genre uniform as a sub species, others are willing to display it in literary fiction.

I already have it in my cart. Arriving soon!